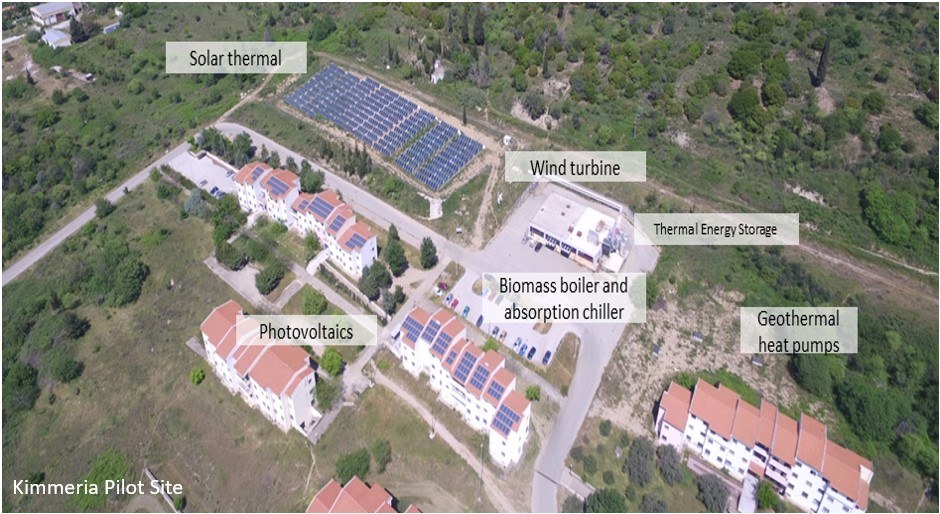 Democritus University of Thrace (DUTh) was established in 1973, and it is among the largest universities in Greece in terms of its active student population. DUTh is involved in the MiniStor project as the owner of the Greek demonstration site, located in the university student residence in Kimmeria, Xanthi, Greece.

The pilot site is inside the University Campus near Xanthi (Northern Greece). It includes a small district heating and cooling system that covers the energy demands of 11 buildings of approximately 15.000m2 area. There are eight buildings for student residences, one for machinery equipment, one restaurant and one amphitheatre, all owned by DUTh. The student accommodations are provided free of charge to DUTh’s students attending their family income (social housing).

The district heating and cooling system is powered by a hybrid system — total power of 2,5 MWth— combining a biomass boiler and a solar thermal system of approximately 1.900m2 net aperture area. The hybrid system has a thermal energy storage (TES) system that consists of 4 tanks — 10m3 each — of hot water and an absorption chiller for cooling production. Besides the hybrid system, the pilot site also includes a geothermal heat pump system of 175 kWth (optimum operating temperatures 35-40ºC), a photovoltaic system of 52 kWp with battery storage and a small vertical axis wind turbine (1 kW).

For the implementation of MiniStor, residential building G2 was selected. Constructed in 1997, it consists of 48 student rooms, 3 common rooms and 3 utility rooms. Ten of the student rooms are included in the project’s implementation and are being monitored to provide data for heating, hot water, and electricity, which will be used for the evaluation and validation of the project goals, intents and propositions.

Additionally, DUTh participates in the following task along with all the partners of the project: