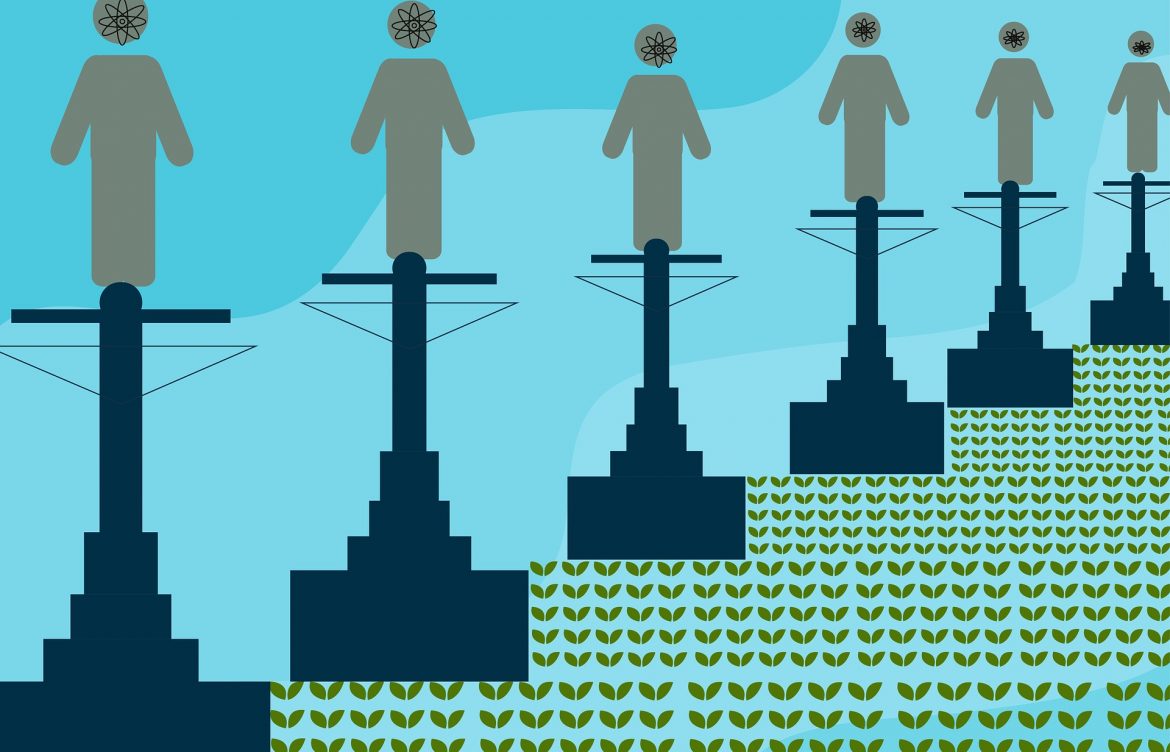 Heating, lighting, cooking… Energy is an essential element of our lives, and we all need access to it to ensure our wellbeing. However, the way we have been traditionally consuming energy is changing.

The energy sector is suffering from rapid and profound changes oriented to shifting to a more sustainable approach, including how we consume, transport and produce energy. Far from being an isolated event of the energy sector, this large-scale low-carbon transition is part of a socio-technical sustainability transition taking place in multiple sectors as a response to climate change.

In the particular case of the energy sector, the combination of digitalization, decentralization and electrification are key drivers of this transition at the high level, leading to a progressive shift from a supply-driven to a demand-side paradigm. A shift of the current paradigm to one that is more human-centric, collaborative, and which connects projects and people based on energy democracy, energy justice and shared economy principles.

But, what does this mean? This means that the traditional energy market dominated by huge and state-owned energy companies with monopoly rights seems to be coming to an end in the European Union (EU). By putting them in the centre of the energy transition and emphasizing their critical role in supporting energy democracy, the EU is progressively transferring the potential and competencies across the energy value chain towards new actors, such as energy communities and prosumers.

Yes! Prosumer: to put it shortly, the evolution of the classic consumer, resulting from their change from a traditionally passive role, to a more active role. The exact definition… well, let’s say that there is not only one, but plenty of them with slight differences… The most extended and traditional one connects the terms producer and consumer; that is, a prosumer is defined as “a consumer who also self-generates energy”. This concept started to spread during the past decade, with the emergence of affordable renewable energy technologies, such as photovoltaic panels.

Nevertheless, the introduction of other technologies related to the electrification and digitalization processes, such as smart appliances, battery storage, electric vehicles, or communication technologies, together with a proper regulatory environment at the EU level, is broadening the capabilities and services that a prosumer can offer. Now, prosumers can produce energy (usually electricity, but also heating or cooling), sell, trade or store energy, participate in energy efficiency or demand response schemes, or take part in energy markets (also through aggregators). And it seems that this is just the beginning.

With these new competencies, the previous definition can result too simplistic. Now, we can define more broadly an energy prosumer as “an individual customer or group of jointly acting customers who actively manages their own consumption and production of energy”. Despite this extended definition, the term prosumer also seems too small now, and other variants referring to the same concept have appeared. For instance: proactive consumer, competent or working customers, professional consumer, energy citizens… Even the EU directives do not use the word prosumer, but “active consumer” or “renewable self-consumer.”

I know, I know. It seems a bit confusing. Let’s stick to the prosumer term and find an example to see why these new actors could be so beneficial…

Imagine that you have some savings and want to actively participate in the sustainable energy transition. You could, for instance, install a solar system to produce onsite electricity and heat to cover your energy needs. This way, you would increase your self-sufficiency and share of renewable energy, and your consumption from the grid would decrease, together with your bills and your greenhouse gas emissions. Just by doing that, you would become a prosumer.

But let’s go on… Later, you could also install batteries, smart appliances, and a Smart Home Energy Management System -SHEMS. With this new system, you could store electricity in the batteries to be used when no solar radiation is available or when electricity prices are very high. And, by efficiently managing your demand, you could reduce energy peaks, hence contributing to decreasing grid congestion, reduce the volatility of energy prices, increase your self-consumption, contribute to the local security of supply, and even interact with the main grid to sell electricity and get profits in exchange. That would be also a different way of presuming.

In both cases, you would directly benefit from this innovative system, but, at the same time, you would contribute to the local decarbonization of the energy supply and also to the transition to a more sustainable energy system at global level.

It sounds amazing, isn’t it? Well, that is actually what the MiniStor project aims to do. The MiniStor system, which includes a hybrid solar system, SHEMS and electrical batteries, is promoting the conversion of consumers into prosumers in Spain, Ireland, Hungary and Greece. The citizens using the MiniStor system, will become energy prosumers and start taking part actively in this new era of the energy sector. Mitigation of climate change, increase of renewable capacity, energy autonomy, sustainability awareness rising… The benefits are many, and we want to explore them all.

It is estimated that, by 2050, 264 million EU citizens (half its population) could be prosumers, potentially responsible for producing 45% of the EU’s electricity demand. It may not seem much, but, at MiniStor, we are proud of contributing to that list with a handful of the very first prosumers, and also of contributing to our sustainability goals at a global level while improving the energy resilience of local communities. It is a big and exciting challenge, and we are ready for it.

Do you want to join us?